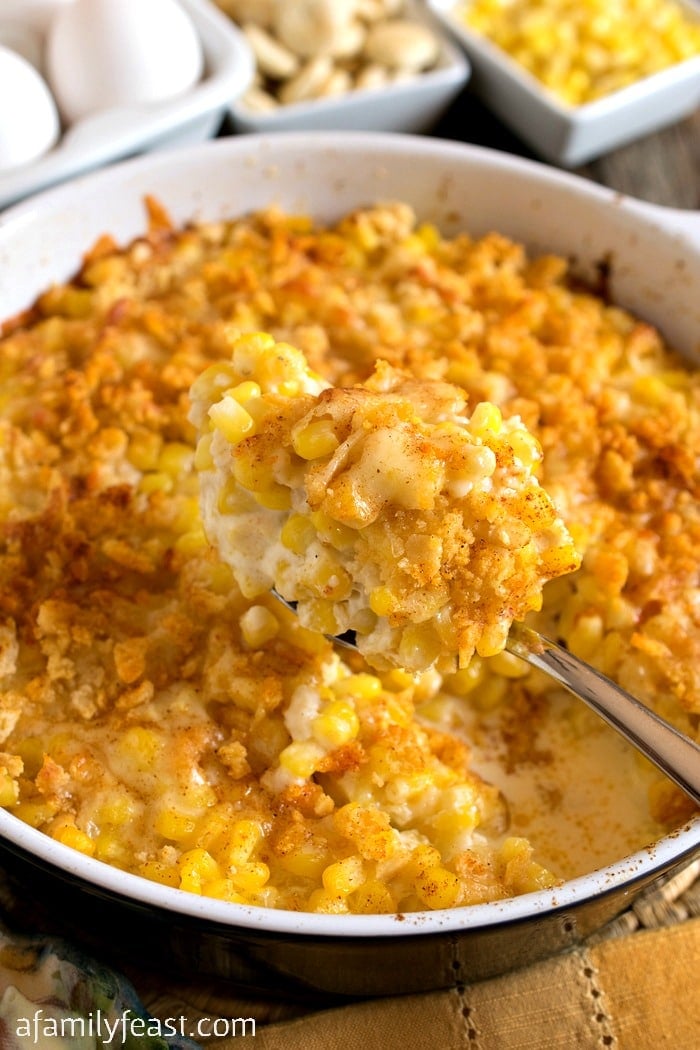 Nantucket Corn Pudding is a traditional recipe that was popular with the original colonial inhabitants of New England – and today, it’s a classic side dish still served at many Thanksgiving dinners around the United States.
There are so many different recipes for corn pudding – and most modern day versions (like today’s Nantucket Corn Pudding) use whole corn kernels, rather than a porridge made with ground corn or corn meal. Back in the 17th century, the savory corn meal porridge was called ‘Hasty Pudding, and the sweet corn meal porridge was called ‘Indian Pudding.’ 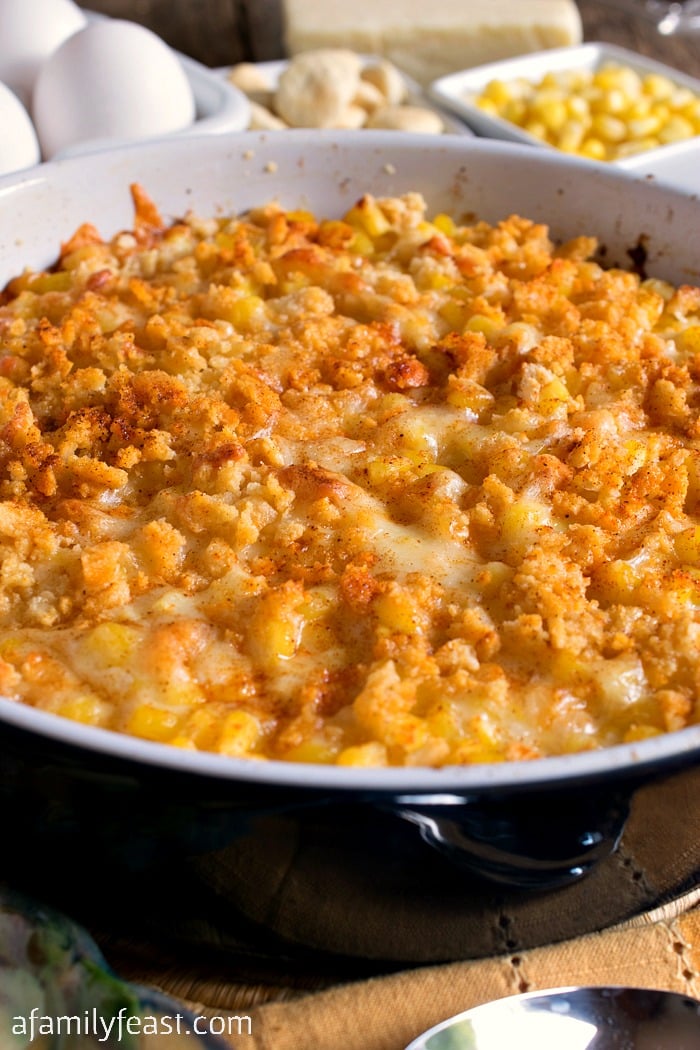 We found this Nantucket Corn Pudding recipe in this cookbook – and my husband Jack and I absolutely loved the golden and savory, buttery cracker and cheddar topping that was piled high on the creamy, flavorful corn pudding. 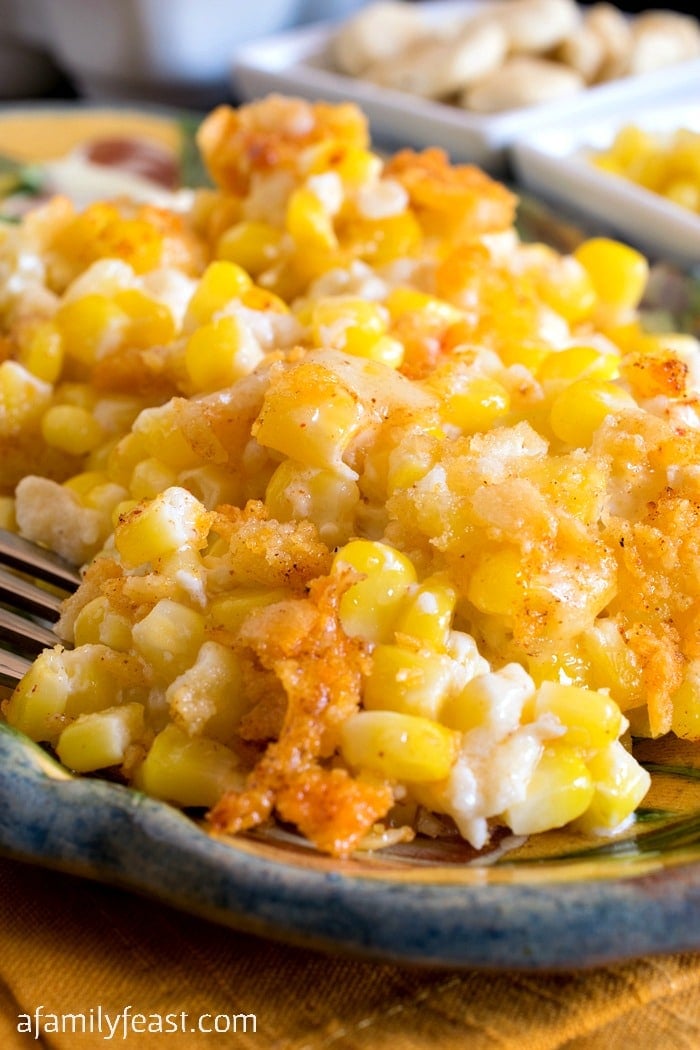 If you can find it, this Nantucket Corn Pudding is best with fresh whole corn kernels cut off the cob. But fresh corn isn’t often readily available during the Fall season, so a good quality drained canned sweet corn is a good alternative. (Frozen corn kernels may also be used, but we’ve found that the texture of frozen corn tends to be a little rubbery, so we’d highly recommend using canned as the best alternative to fresh corn.)

Note: The original Nantucket Corn Pudding recipe calls for ‘pilot crackers’, ‘hard tack’ or oyster crackers. We’re fairly certain pilot crackers and hard tack (a simple flour and water biscuit) aren’t available at the supermarket, so oyster crackers are what we used. (They worked great in this recipe!)