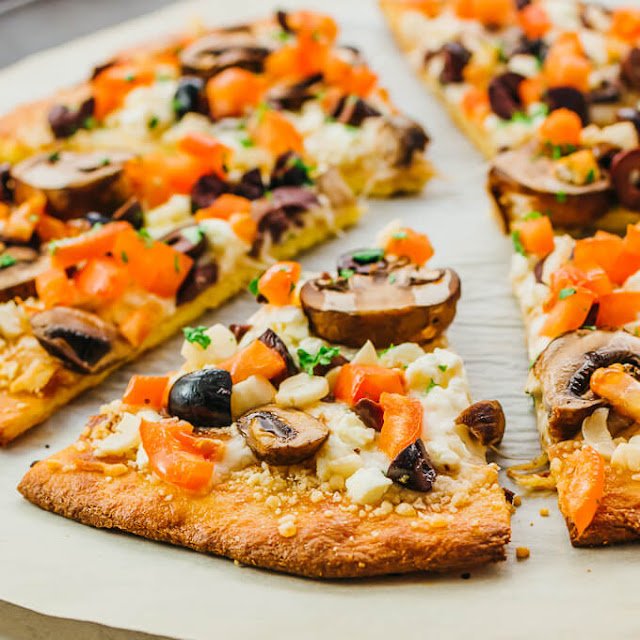 A typical pepperoni pizza slice from Domino’s has about 34g net carbs. That’s quite a lot, and most people on a keto diet can’t “afford” that many carbs in one day.
You can make keto pizza crust with just a handful of ingredients — almond flour, cream cheese, mozzarella cheese, egg, and salt. Everything except the egg is microwaved and mixed into a dough, then the egg is added last. 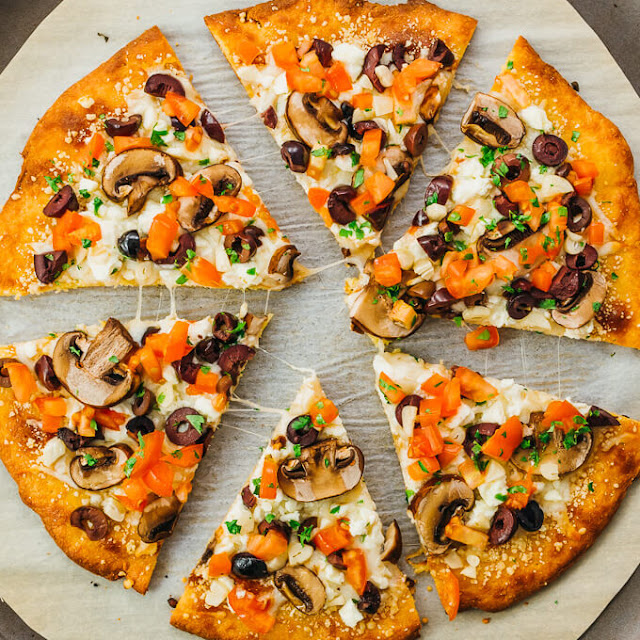 
Optional Greek style toppings (or use your favorite toppings):