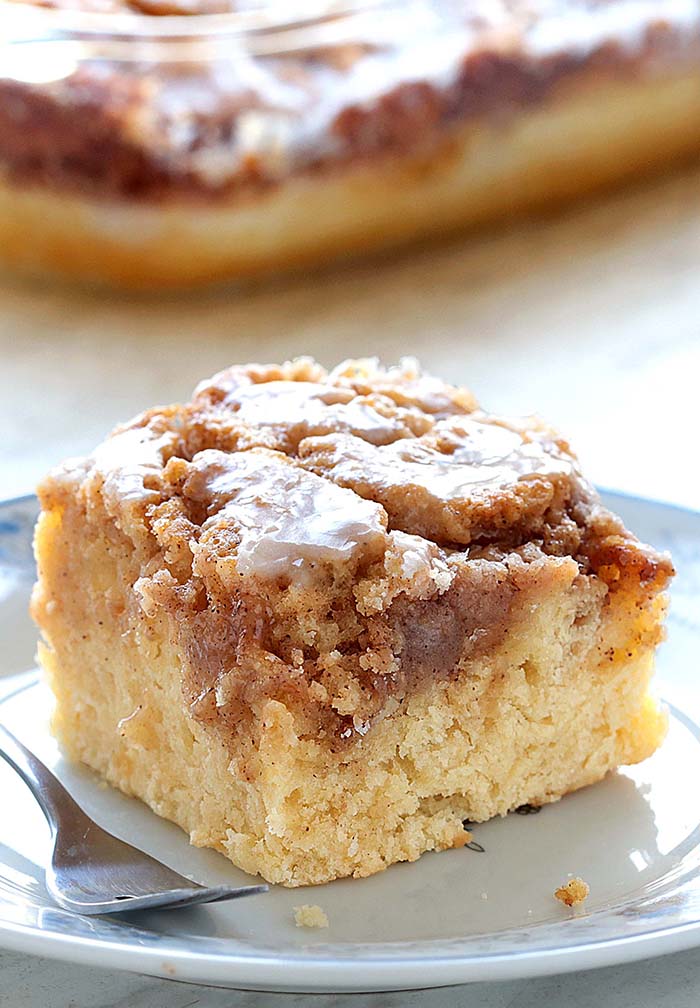 Easy Cinnamon Roll Coffee Cake is simple and quick recipe for delicious, homemade coffee cake from scratch, with ingredients that you already have in pantry.