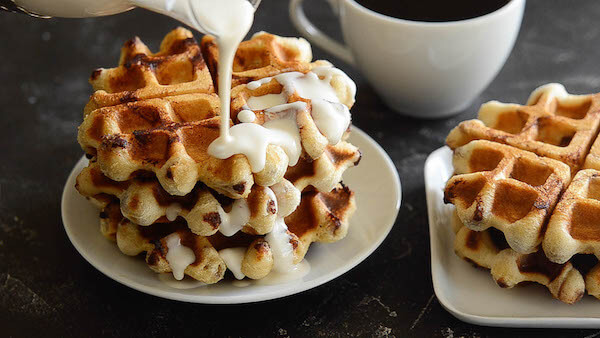 CINNAMON ROLL WAFFLES. This is NOT a drill.
Best part? All you need is a store bought can of cinnamon rolls and a waffle iron.
If you want to get fancy, you can make a 2 minute Maple Cream Cheese Syrup to drizzle them with. I promise it’s so easy, just dump everything into a bowl and beat it till smooth. Done! 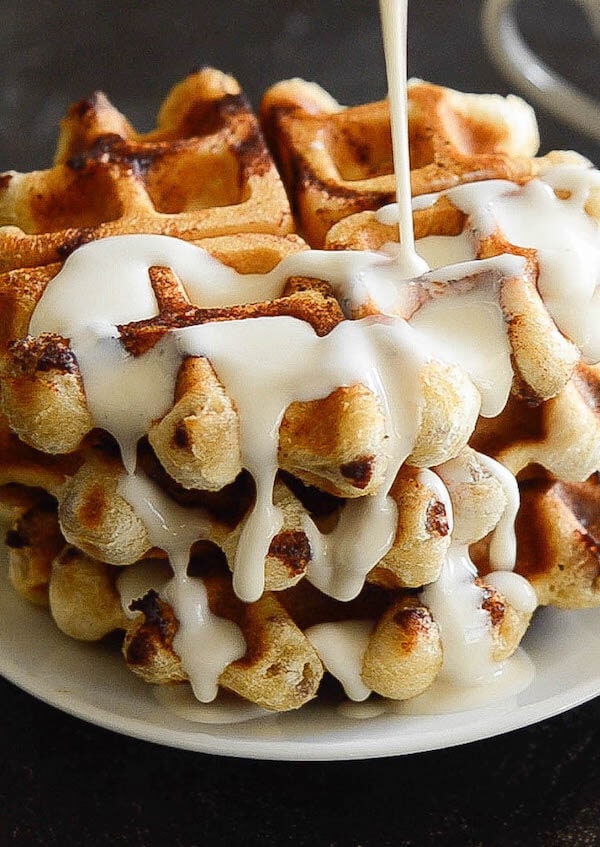 To be totally honest, I almost always have a can of biscuits or a can of cinnamon rolls hanging out in the bottom drawer of my fridge.
They always come in handy for a quick weekend breakfast, but I had never made my cinnamon rolls this way before. I was nervous that this might be one of those pinterest flops we have all heard of.
As soon as I opened the waffle iron and saw that perfectly golden waffle with a cinnamon swirl running through it, I knew it was a winner. 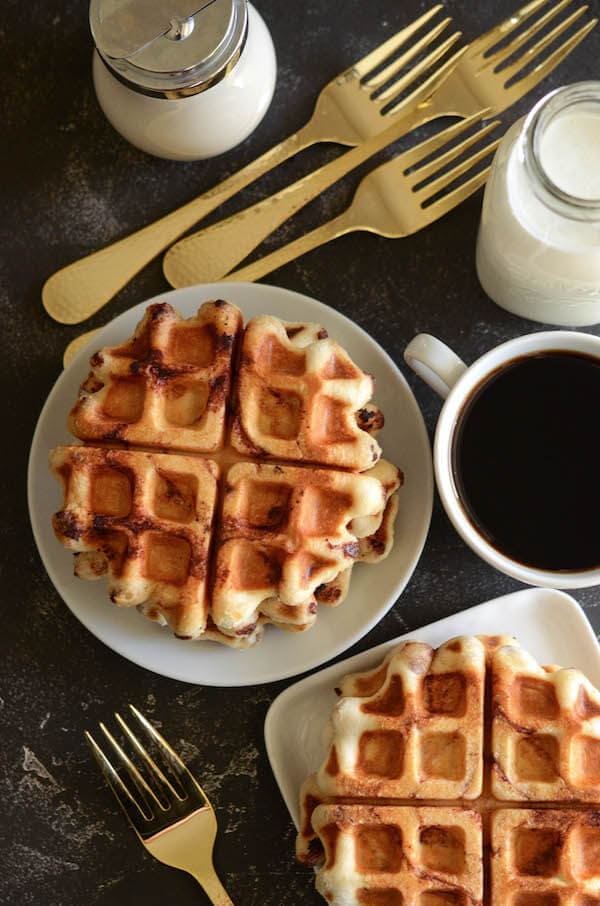 I whipped up a quick sweet creamy “syrup” to go on top with cream cheese and maple syrup and it really set these waffles off.
I honestly don’t think I could eat them without it now! And considering Jorge inhaled 3 waffles, I don’t think he could either. 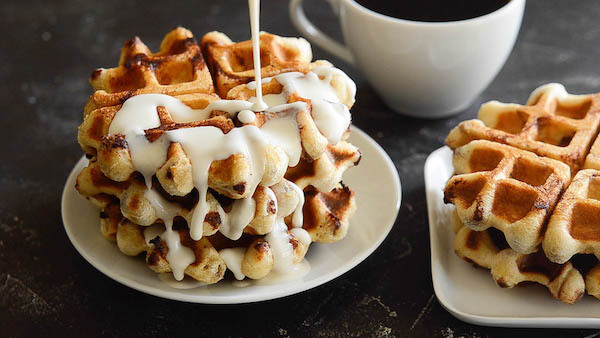 I wish I could claim responsibility for the idea of stuffing a cinnamon roll into a waffle iron, but I actually saw it on pinterest.
I tried looking around for the original creator, but kept winding back up at Pillsbury. If someone knows who actually came up with this brilliant idea, please let me know. Would love to give them credit! 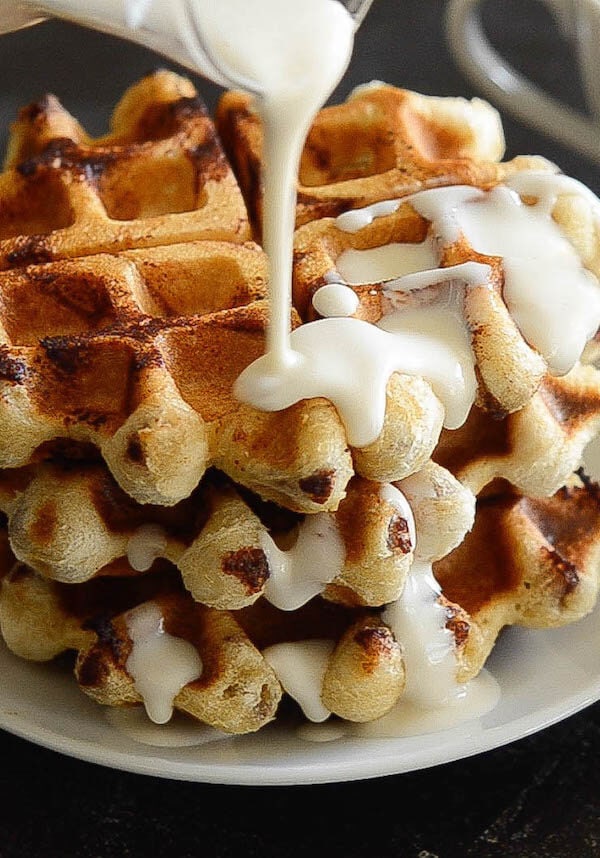 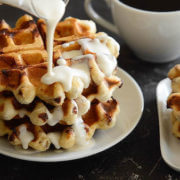