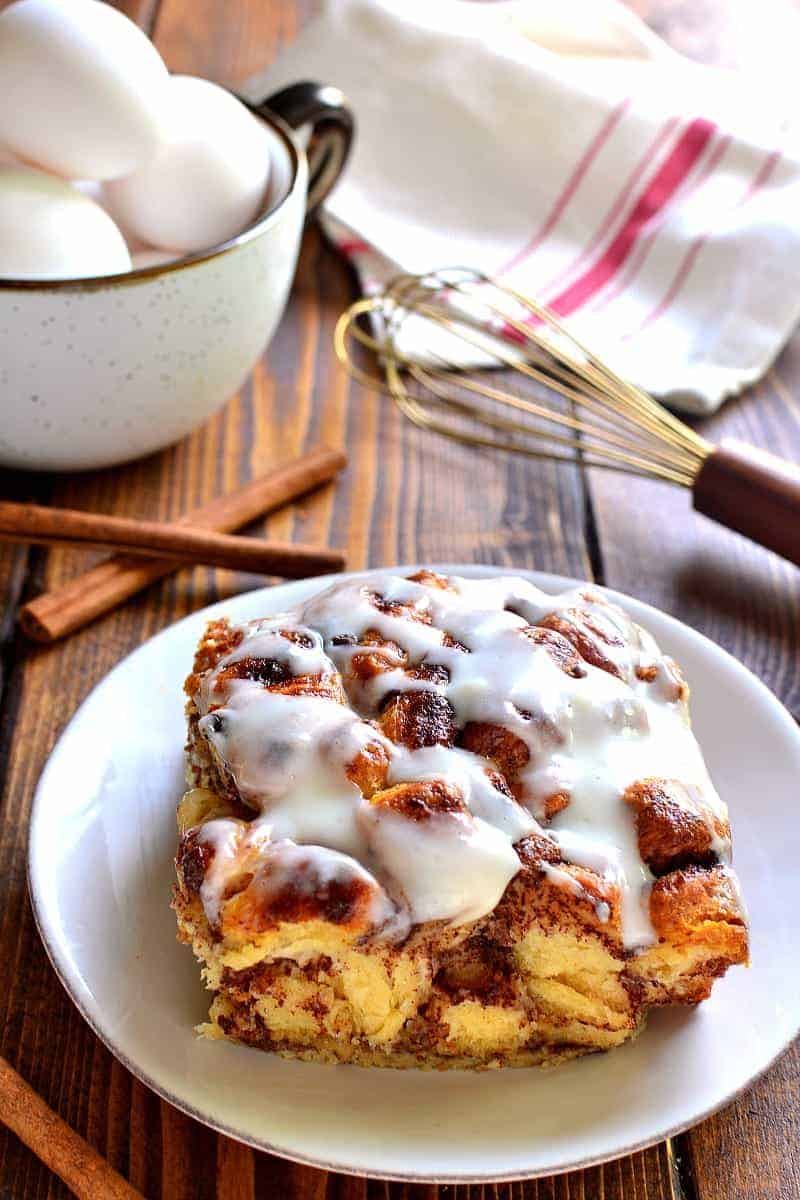 So do you remember back in August, when Ellia asked me about the Tooth Fairy? And I really didn’t know what to say, and I wasn’t ready to tell her the truth, and I kinda hoped it would just go away? Well, apparently it didn’t. Apparently she’s been holding on to all her questions and doubts and concerns. And apparently, it’s not just about the Tooth Fairy. Can you guess where this is headed? 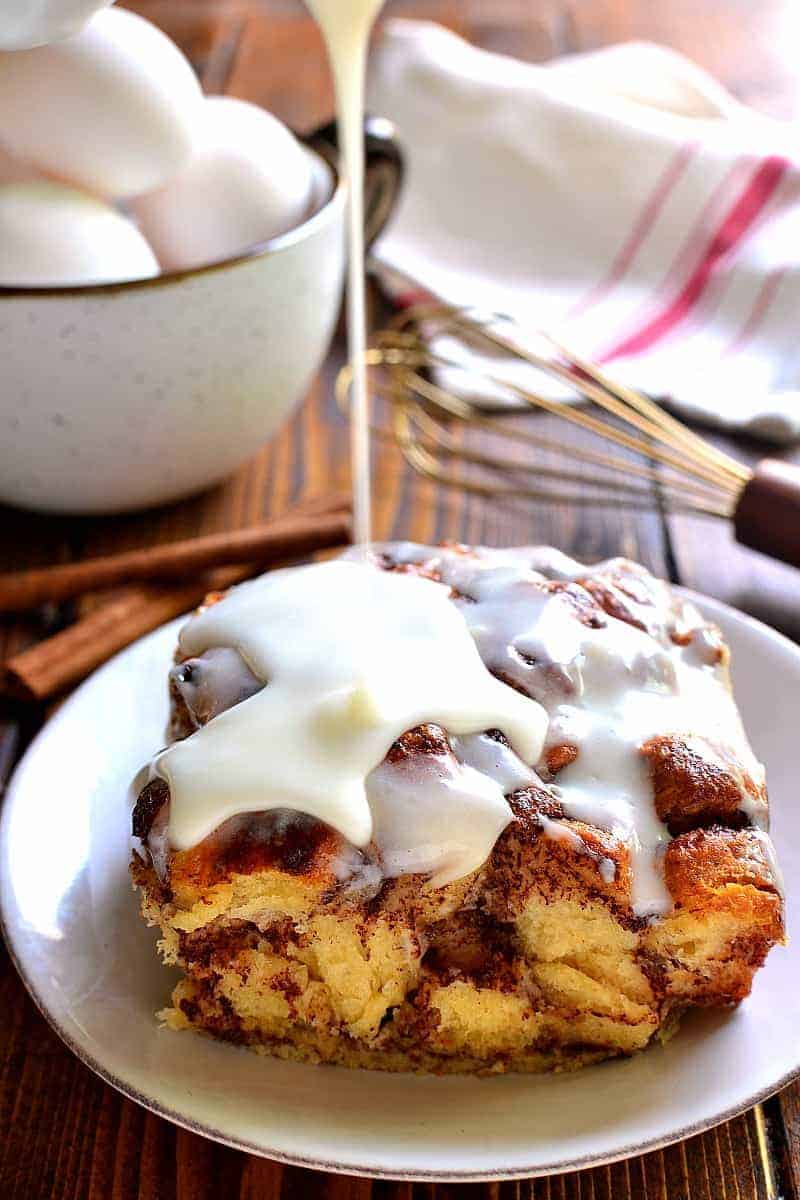 Yes, just one month before Christmas, the kids have started talking. And Ellia has been all ears. So she came home from a birthday party yesterday, where they had all been spilling the beans about Santa Claus and the Easter Bunny and the Tooth Fairy, and she demanded to know the truth. And….as much as it killed me….I knew it was time. 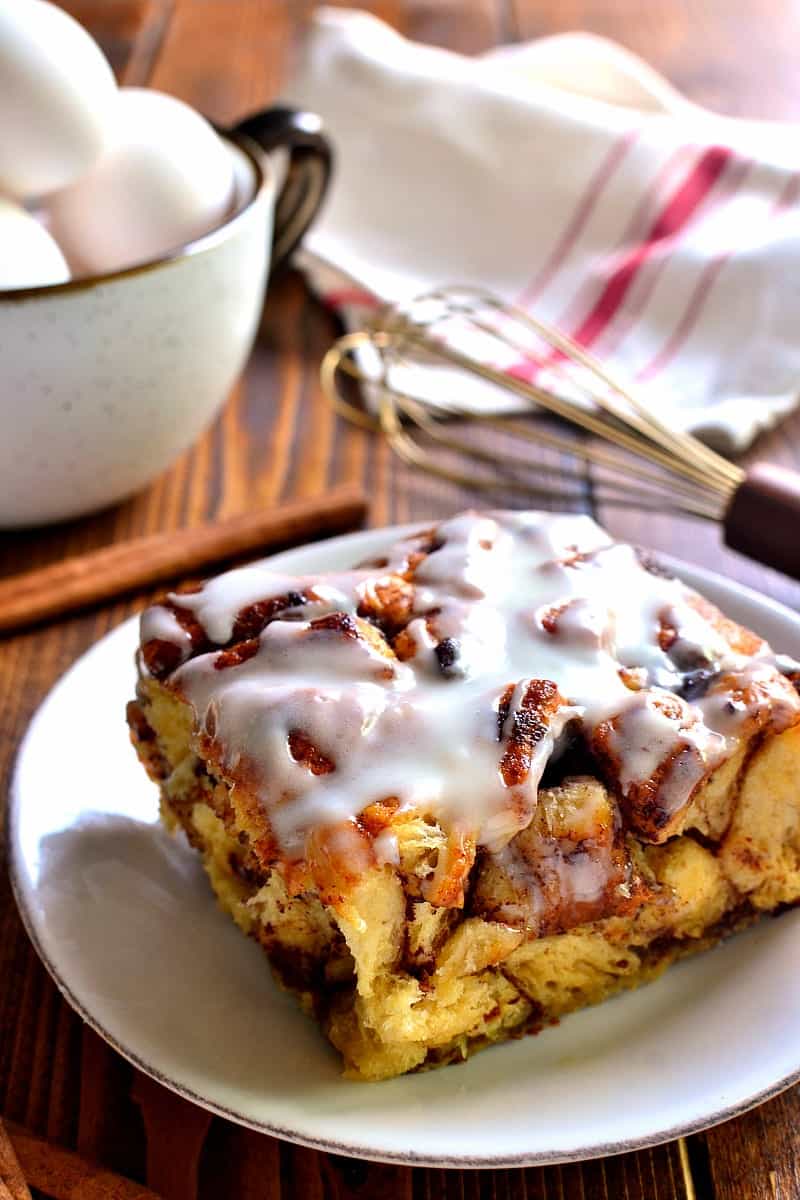 I have to tell you – it was one of the hardest conversations I’ve ever had with one of my kids. I honestly felt like I was telling her someone had died. And she cried, and I cried, and we hugged, and I told her I was sorry…and I promised her that Christmas can still feel magical. Even without Santa Claus. But to be honest, I’m so sad about it. I wasn’t ready for it. And as much as she feels like she’s lost something big and important, I feel the exact same way. The loss of innocence. And childhood. And magic. 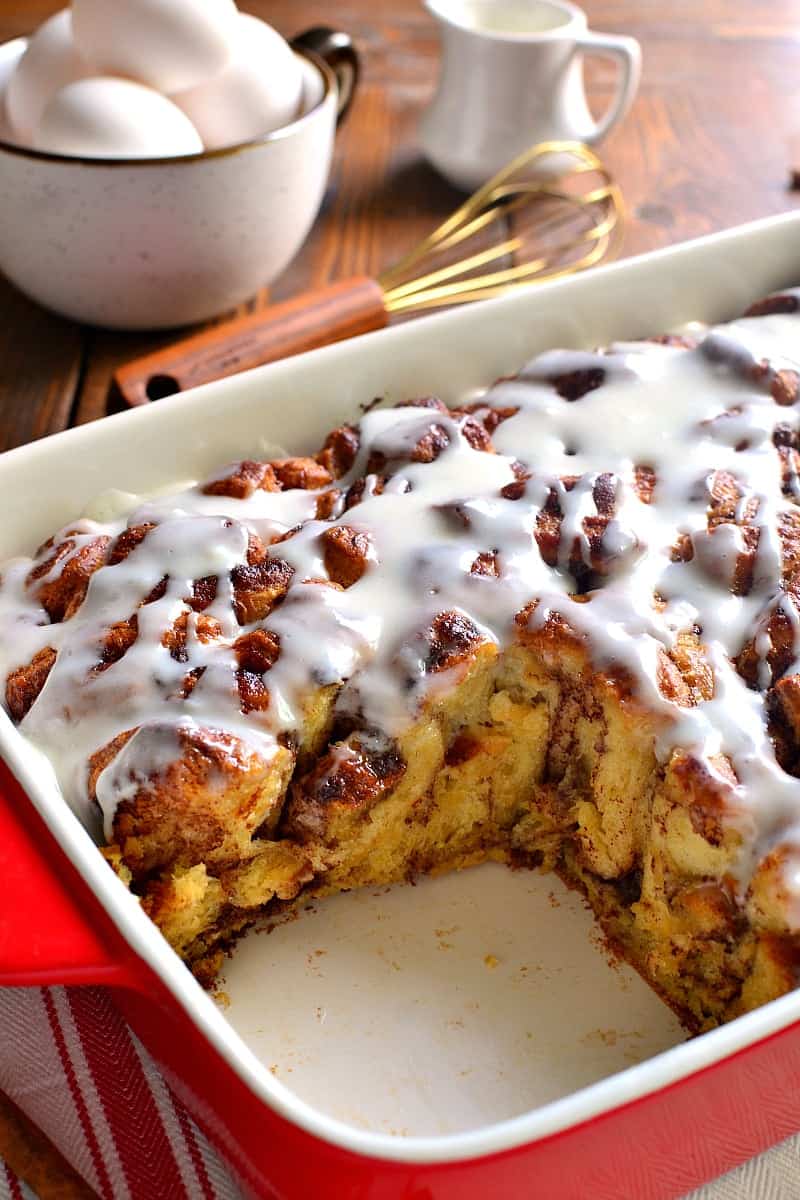 And I know it will be fine, because it’s just part of life. And I know that Santa is NOT what Christmas is all about. And I feel like this can open up new doors for us in terms of where we put the focus….I just have to get over the sadness of it. And you know what? I’m thinking this Cinnamon Roll French Toast Casserole can help. Because if there’s one thing about Christmas that’s more magical than presents from Santa, it’s all the special time we get to spend with family. It’s holiday lights and decorating the tree and making cookies and Christmas brunch.