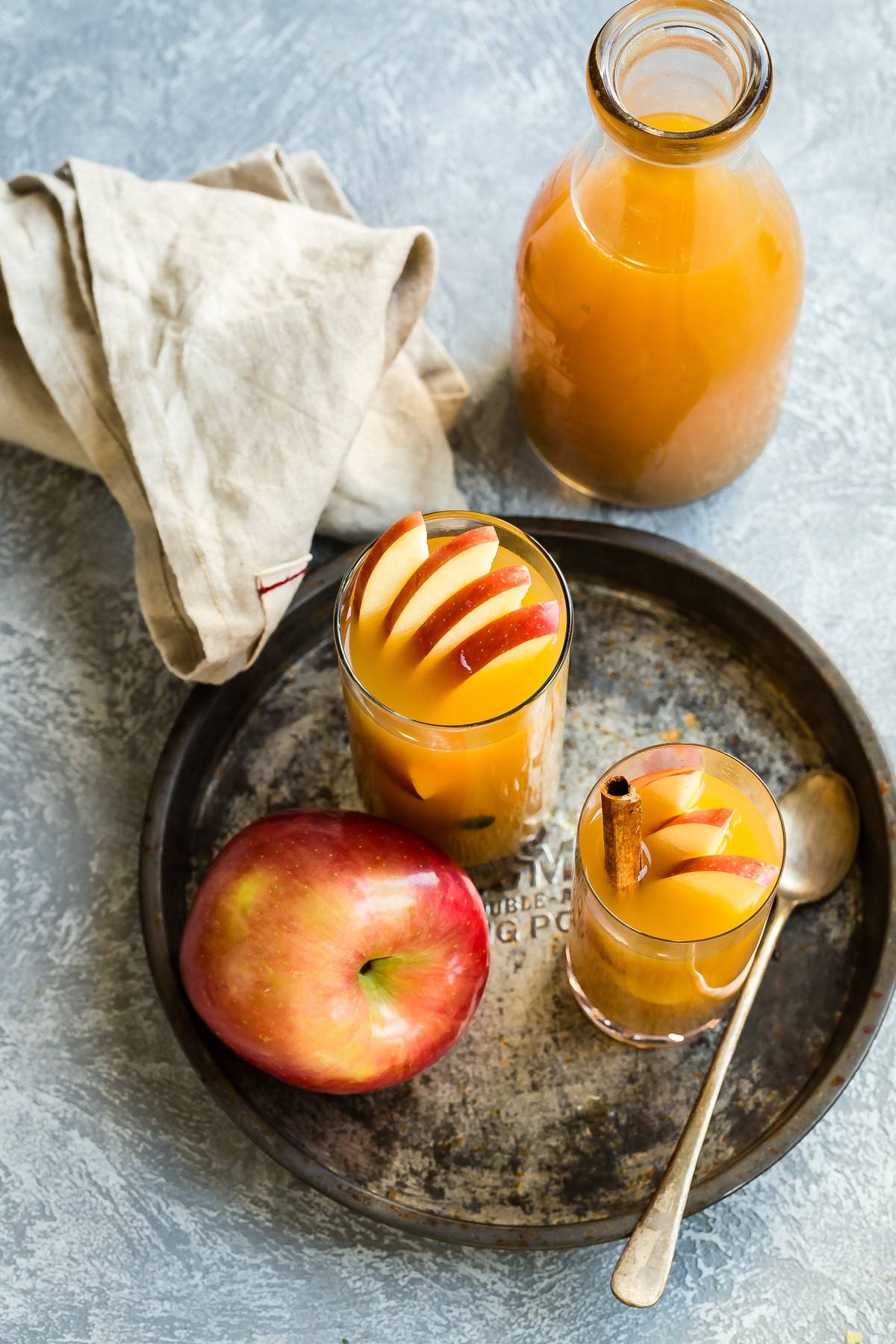 Save
There are a few signs of Christmas that you can always rely on, like Christmas trees popping up for sale and houses in the neighborhood being covered in lights. But you’ll never miss the giant stack of apple cider on display when you walk into any store after December 1st. That’s the official word!
It’s that cloudy brown liquid made from fresh apples and kept unfiltered so it isn’t as pure as regular apple juice. And can we talk about the spices that are added, giving the cider the familiar spiced taste we all love! Whole cloves, ground allspice and cinnamon sticks are left steeping in the apple juice turning it into the drink we all love to sip on when you’re freezing your butt off at the Christmas parade! 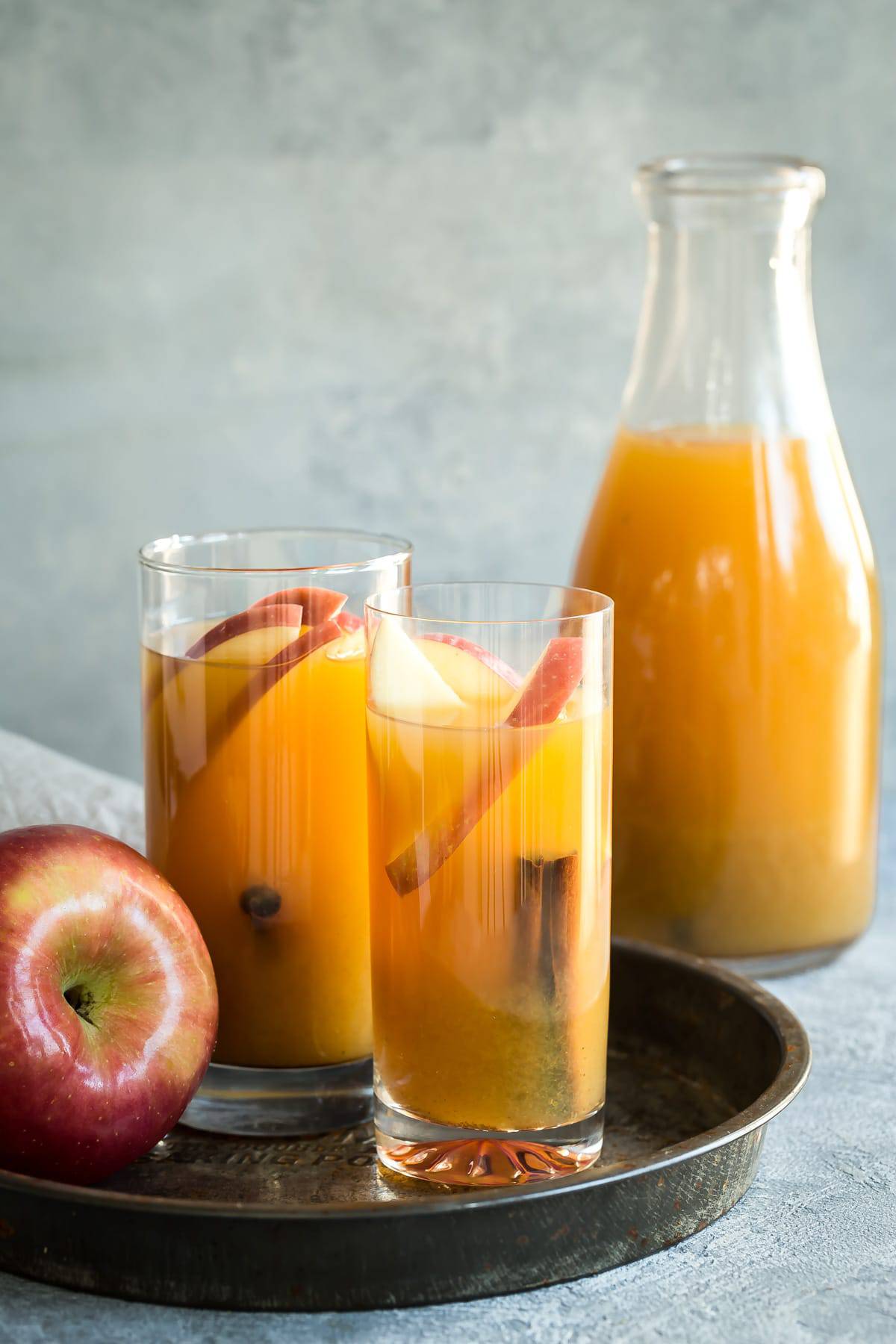 Save
This recipe makes a lot so you can either make half or go big and store it in the fridge for all of December, but I’m not sure it’ll last that long! The recipe is a family one, coming from my wife’s Mom who made it when her kids were young too! Sometimes the classics are the best. Regular apple juice is warmed in a pot with some orange juice concentrate, honey, cloves, all spice and cinnamon!
Bring the whole mixture to a low simmer and cook for about 15 minutes. That’s it!
Garnish with some extra apple slices and a cinnamon stick, I also won’t judge if you add a shot of bourbon…you know, just for keeping warm! 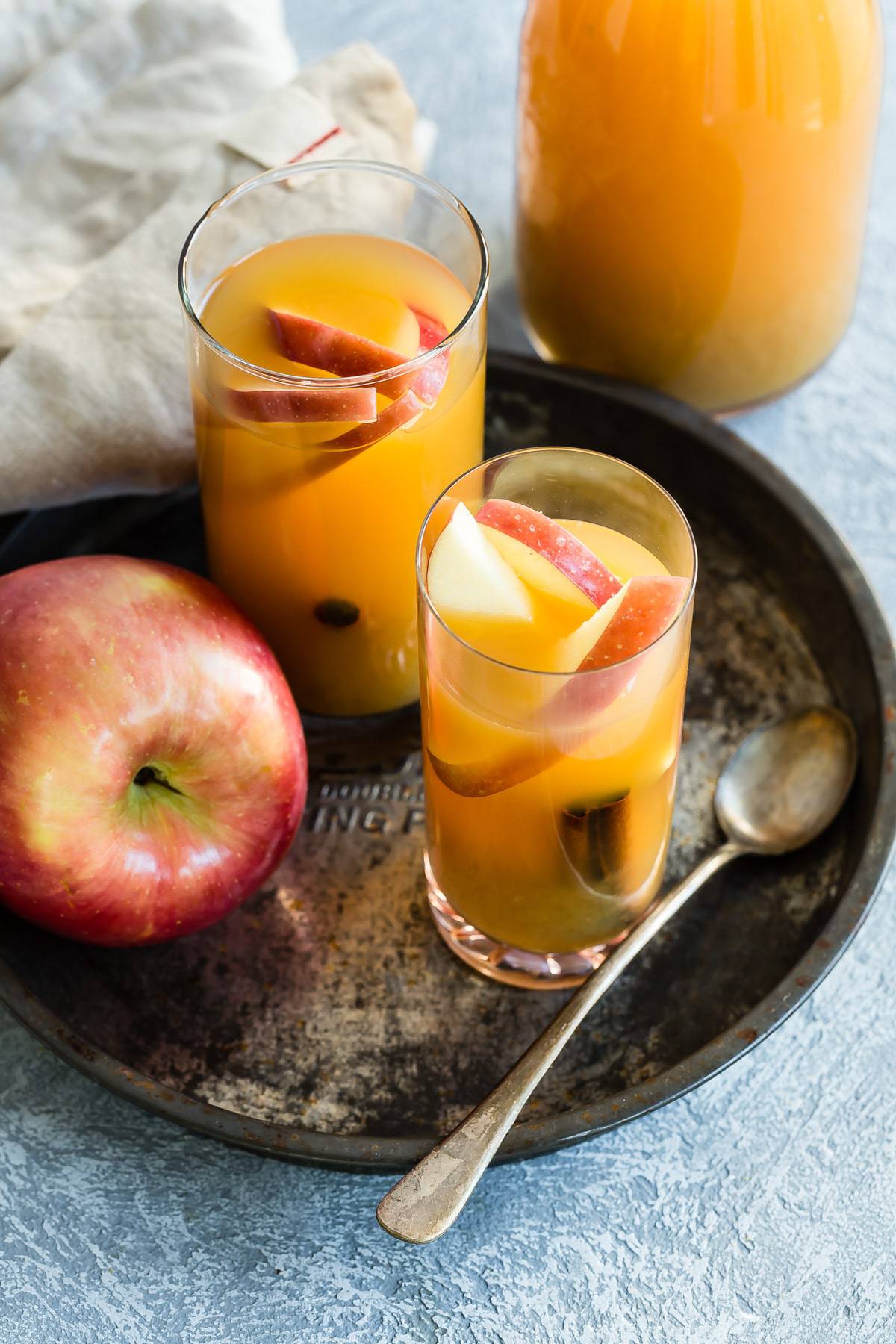