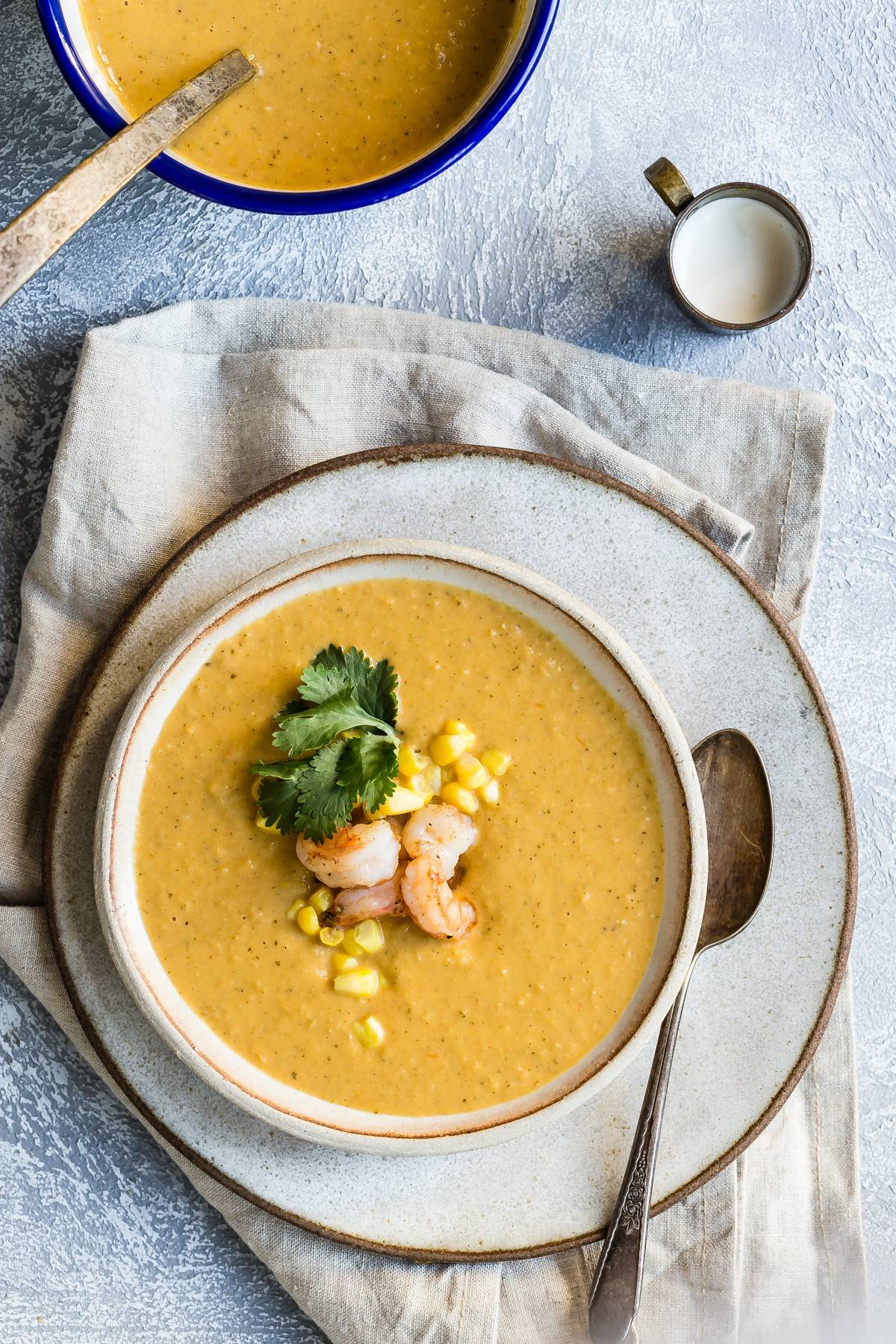 Save
If I had to choose, making soup would be in my top three fav things to make in the kitchen. I used to think it was a major chore to create soup after growing up and watching my mom take all day to make it. I’m not knocking it, that soup was awesome, but you can also create your own amazing just by following a few simple rules. 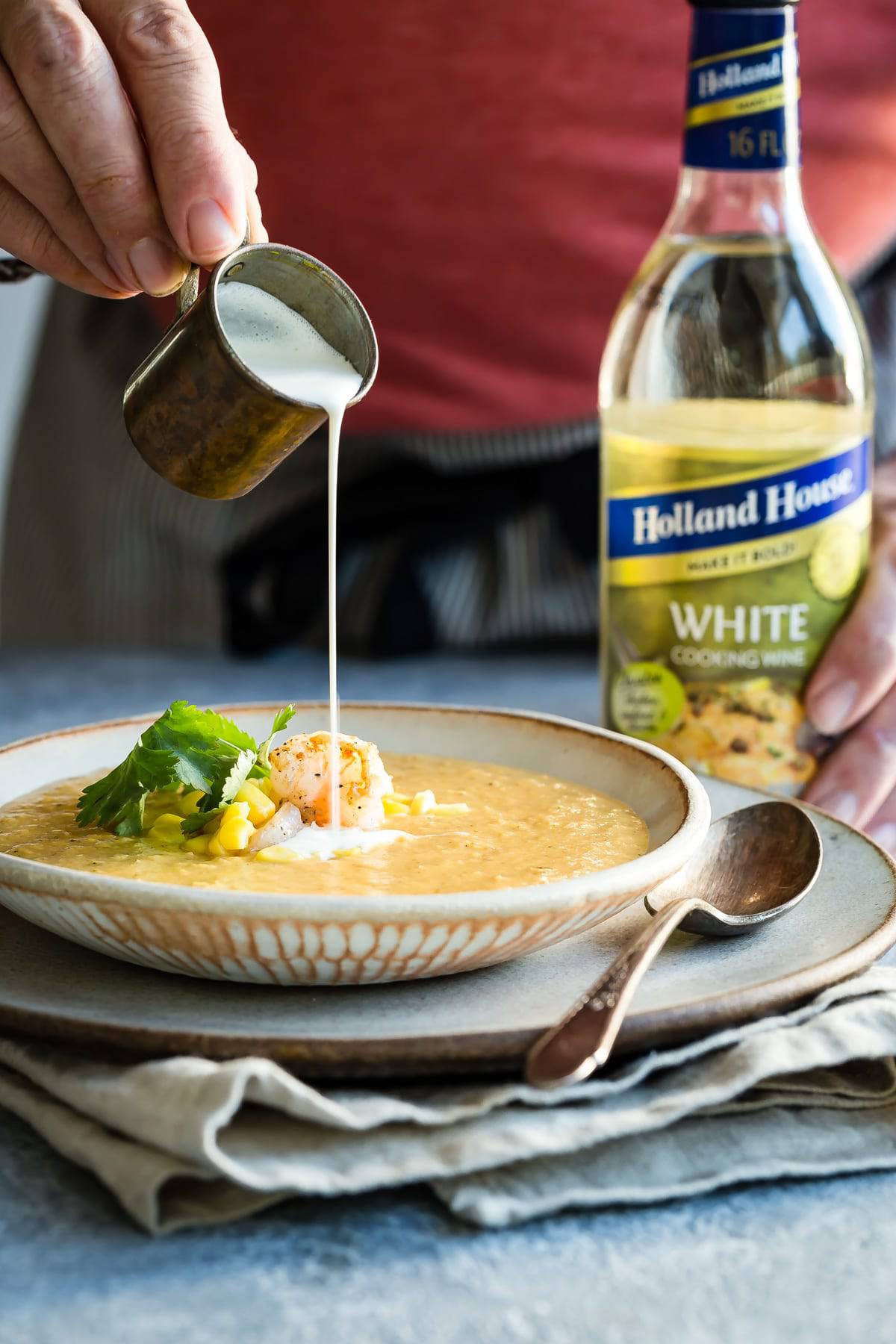 Save
Pick a few veggies that sound like they’ll love to be cooked together, and see if any of them can be roasted. Roasting intensifies the flavor and that’s what you need to take your soup from zero to hero! Add some spices and stock and after a short time on the stove, throw everything into your blender and purée until super smooth. That’s it aside from some heavy cream and a garnish to make it complete.
I’ve never made a corn soup before though, but I had an idea in my head that was screaming southwestern-ish and that big poblano chili was perfect for roasting. You can roast it right on top of an open flame gas burner, it might get smoky but the flavor is so worth it! Adding some Holland House White Cooking Wine made sure that the soup didn’t become overly sweet, It gave the soup a little sharpness and took away some of the sweetness from the corn. 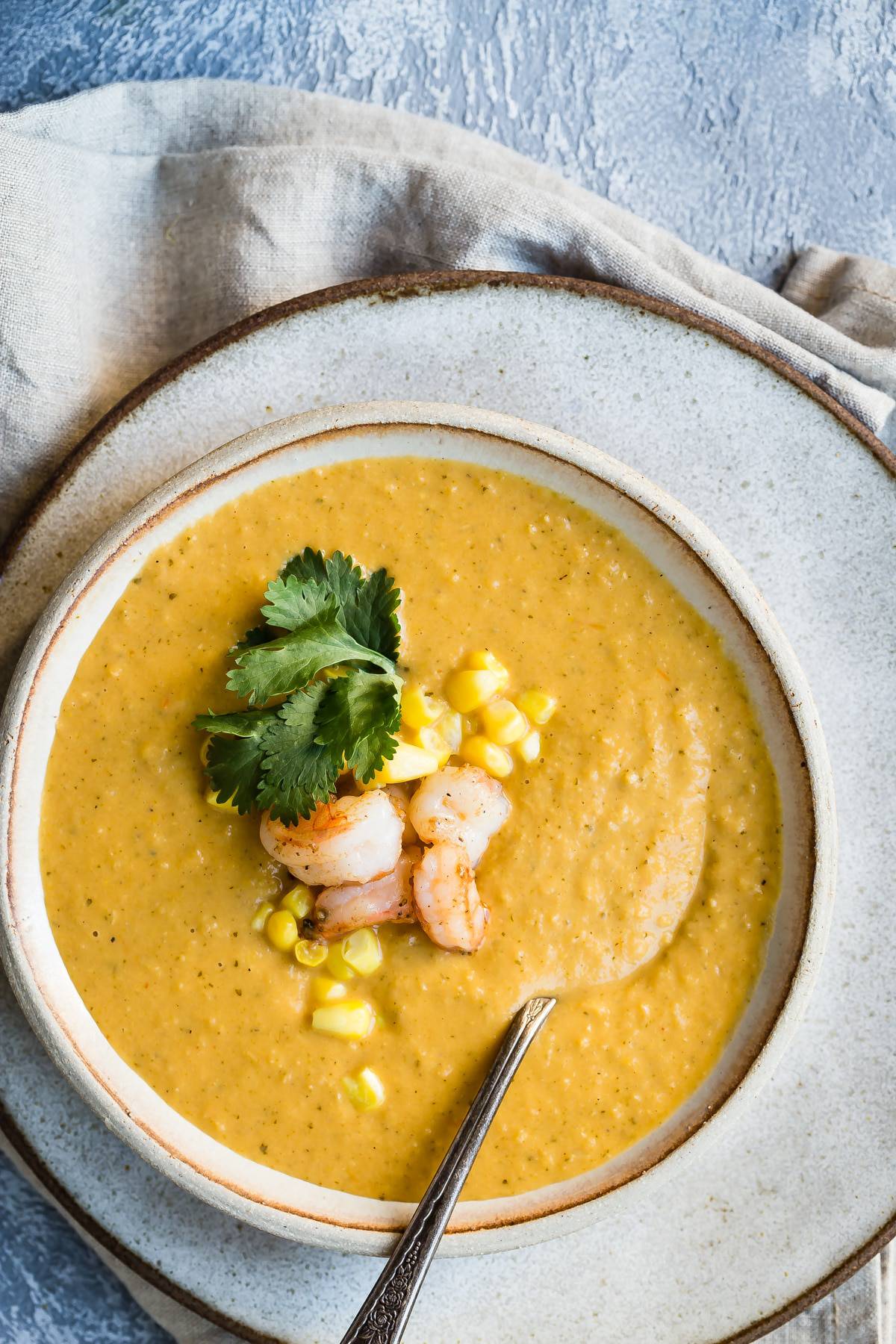 Save
If you’re experiencing any snow yet, then you should really make a giant pot of this corn soup! I bet it would still be awesome if you added scallops and whitefish as well as the shrimp, and turned the whole thing into an epic chowder.
Stay warm guys and let me know if you make this soup or any Foodness Gracious recipes by using #foodnessgracious in your social media! 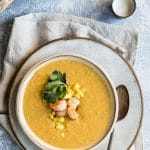