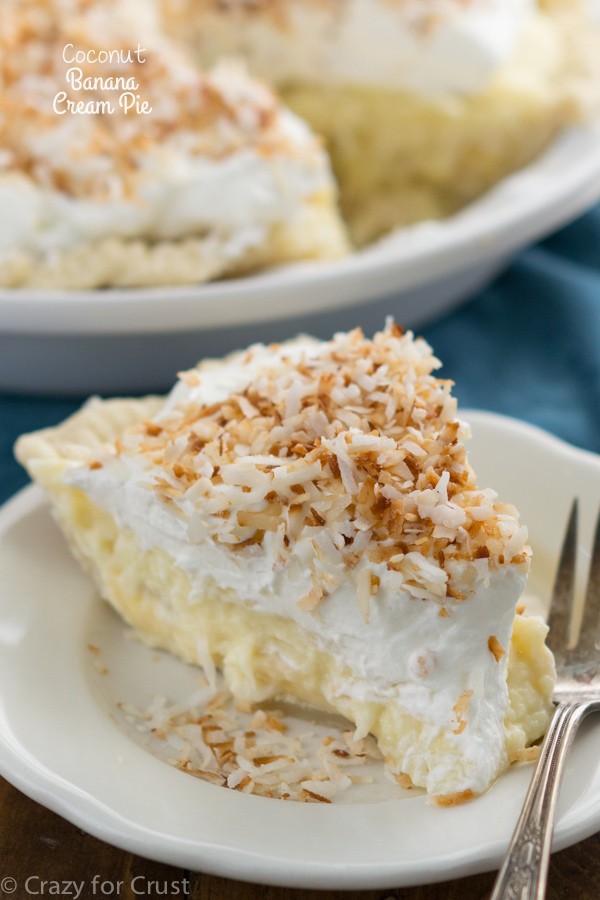 The one thing that is very important about a blind bake: make sure the crust is COLD when it goes into the oven. Have you ever baked a pie crust and had the crust slide down the sides of the pan so you end up with a flat crust? That happens because it’s too warm. I chilled my crust several hours before baking it.
A note on toasting coconut: I like to do it in a pan instead of in the oven so that I can stir constantly. It browns fast and burns even faster – so be sure to keep an eye on it.