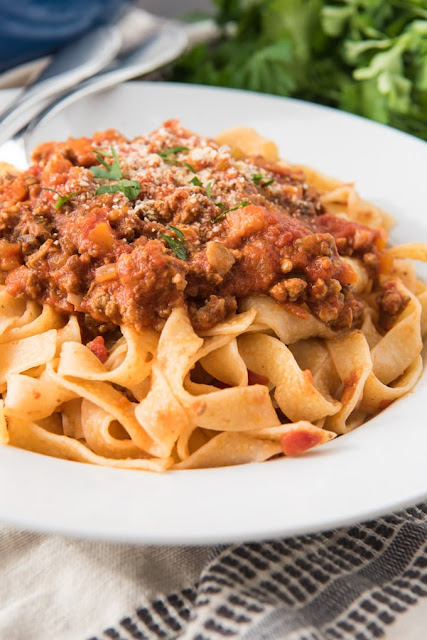 Traditional bolognese sauce (also known as ragù alla bolognese, or sometimes just ragù) is a slow-cooked labor of love made with a trio of meats (beef, pork, and pancetta), a soffritto (the holy trinity of Italian cooking consisting of finely chopped onions, carrots, and celery), white wine (some people use red although white is traditional in bolognese sauce), milk, and tomatoes.  It tastes absolutely amazing and is totally worth the effort to make it from scratch, especially since this recipe makes a huge batch that can be divided and frozen for future use. 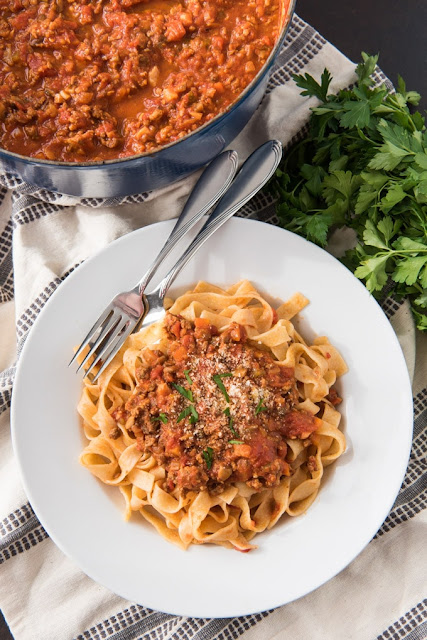 Not to be confused with a classic marinara sauce which is a simple, quick-cooking sauce highlighting the bright, acidic flavor of tomatoes, bolognese sauce is a slow-cooked, mouthwateringly savory meat sauce.  Yes, there are still tomatoes in bolognese (and my version even uses more tomatoes than other recipes which famously only call for 3 ounces of tomato paste compared to 2 pounds of meat!), but much of the liquid in the sauce also comes from milk and wine (or broth if you don’t cook with wine), with a good amount of vegetables added in as well.  Then it gets slowly simmered over a period of 4 hours until a thick, rich sauce is created and your kitchen smells amazing.

This is how to make the best recipe of Bolognese sauce ... 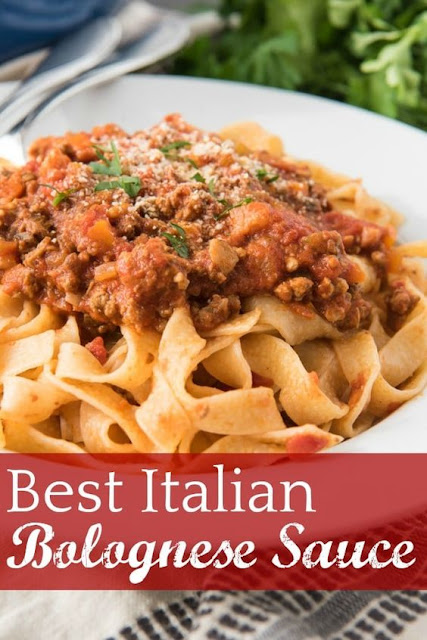 This Best Bolognese Sauce recipe is a meaty mushroom version of the savory, classic meat-based sauce that originated in Bologna, Italy. Also known as ragù alla bolognese, or sometimes just ragù, this slow-cooked labor of love is made with a trio of meats and a classic soffritto.


Recipe Notes
Red wine can be used, but white is traditional.  If you don't want to cook with wine at all, you can replace the wine with chicken or beef stock.