Willie K. Ramirez
Tuesday, July 17, 2018
Facebook Twitter
Loading...
Loading...
One of the most refreshing and natural electrolyte drinks, the ginger switchel, also known as Haymaker’s punch, is regaining popularity partly because of its health benefits, and partly just because it is delicious and perfectly hydrating.
In the last few weeks of summer, I discovered a refreshing drink that I wish I had discovered earlier, the switchel. I have to admit, I’d never heard of it before, and I came across it by accident one day when looking for something to settle my stomach.
I had been drinking some ginger tea, but it was so hot out that I wanted something more refreshing. My idea was to make a type of ginger lemonade of sorts, or to infuse ginger into kombucha, and out of curiosity decided to do a search online to find if others were already making something similar. (That’s a crazy blogger habit that comes from wanting to see how original I really am/am not.) 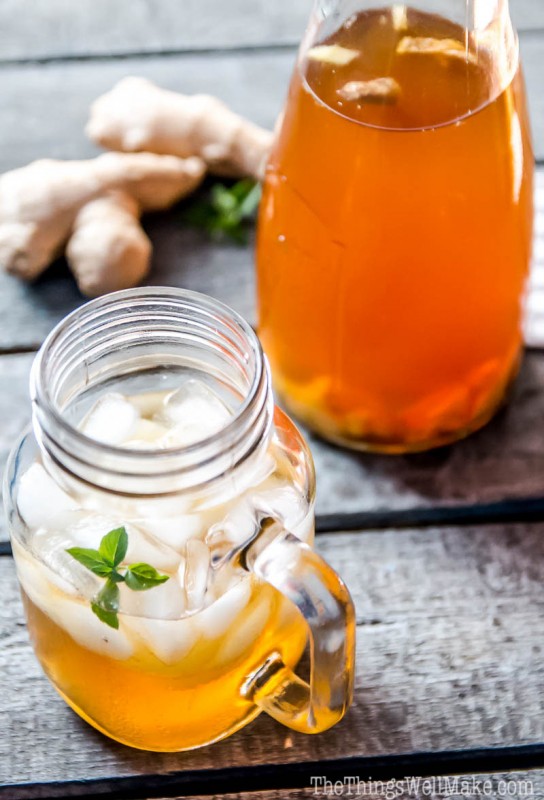